Unintentional Fentanyl Overdoses Among Persons Who Thought They Were Snorting Cocaine

On January 7, 2019, three patients arrived at the Community Regional Medical Center emergency department in Fresno, California, after snorting (i.e., nasally insufflating) white powder they thought was cocaine. One (patient A) was in cardiac arrest, and two (patients B and C) had opioid toxidrome (miosis, respiratory depression, and depressed mental status) (Table). After spontaneous circulation was reestablished in patient A, he was admitted to the intensive care unit, where he was pronounced brain-dead 3 days later. Patients B and C responded to naloxone, but repeated dosing was required to maintain respiratory status. Routine urine drug screens, which do not include testing for synthetic opioids such as fentanyl, were negative for opioids for all three patients. This finding, in combination with opioid toxidrome requiring repeated doses of naloxone, caused the medical toxicology team to be suspicious of an unintentional synthetic opioid exposure, and they notified the Fresno County Department of Public Health (FCDPH). After discussion with law enforcement the following day, a fourth patient (patient D) was identified in neighboring Madera County. Patient D was in cardiac arrest when emergency medical services arrived, and she was pronounced dead at the scene. Blood and urine specimens for patients A, B, and C were analyzed using liquid chromatography quadrupole time-of-flight mass spectrometry* for 13 fentanyl analogs and metabolites,† one novel synthetic opioid (U-47700), and 157 other drugs and metabolites. Results confirmed fentanyl without fentanyl analogs or other novel synthetic opioids. 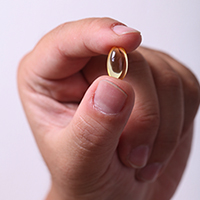 We, the undersigned, stand as a unified community of stakeholders and key opinion leaders deeply concerned about forced opioid tapering in patients receiving long-term prescription opioid therapy for chronic pain. This is a large-scale humanitarian issue.