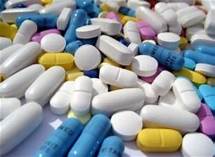 Truth Out published an article on October, 1, 2021 regarding the DEA's recent public safety alert about the abundance of counterfeit prescription pills. Mike Ludwig's article is part of the series "The Policing of Pain: Inside the Deadly War on Opioids." This increase demand for prescription pills is largely due to a crackdown on prescribing of controlled substances. Mike explains that the link between "overprescribing" and the overdose crisis is greatly exaggerated, citing the fact that opioid prescribing has plummeted to the lowest it has been in a decade as overdoses have skyrocketed. Claudia Merandi, Founder and President of The Doctor Patient Forum, was interviewed for this article.

She was quoted as saying “People have taken their lives because they have been cut off of medication that gave them a quality of life...they have lost their livelihoods — they just stopped living and retreated to their beds.” Ryan McNeil from harm reduction at Yale said “We know that people who were cut off from pain medications turned to the illicit market to gain access to medication, that is basically an inarguable point at this stage of the overdose crisis.” The article discusses the CDC Opioid Prescribing Guidelines and how they were done in a controversial and dishonest manner.  Mike explains the concept of "safe supply" stating "for patients suffering from chronic pain, anxiety or ADHD, a safe supply typically means the ability to obtain medicine they depend on from a doctor and pharmacy rather than being turned away, stigmatized for treating their condition with controlled substances, or forced to taper off in order to receive care."  Read the entire article on the DEA's warning here. This is an excellent article to save and show to your legislators when trying to get legislation sponsored in your state.