Judge Ruled Against the Plaintiffs in Opioid Litigation in California 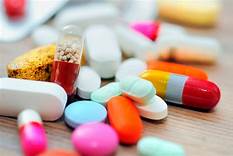 An article in Reason came out yesterday about the ruling for the Defendants (four drug companies-Teva, Johnson & Johnson, AbbVie, and Endo) in opioid litigation. This is huge for our community. The Judge said the  Plaintiffs failed to prove the charges of public nuisance and false advertising. Superior Court Judge, Peter J. Wilson wrote a 42 page ruling. This was the first of thousands of cases filed across the country regarding the "opioid crisis," filed in 2014. The Plaintiffs' claims were:

Judge Wilson ruled the Plaintiffs failed to prove any of these claims. Some direct quotes from Judge Wilson's ruling:

This next quote is important. Dr. Anna Lembke, a PROP doctor, has been paid as an expert witness in multiple opioid litigation cases. She is a Psychiatrist, who doesn't know anything about treating pain, but nevertheless has made her career by being an outspoken anti-opioid zealot. It's about time someone mentions her false testimonies.

This is a huge win for our community. There are still thousands of opioid litigation cases going on.  Let's hope the judges in those cases will also see the false narrative for what it is. If you're interested in learning more about Judge Wilson, his biography and contact information are here.