What is a Gov't Paid Rat?

You may be wondering what we mean by the term "gov't paid rat." As we've said often, one of the main goals of the opioid elimination industry is being played out in courts across the country as we speak. It's what we call the "Litigation Narrative." In addition to MDL (multi district litigation) against pharma, pharmacies, and distributers, there are also a multitude of individual criminal cases brought against doctors, pharmacists, NP's, PA's, etc. by our gov't. State prosecutors often catapult their careers off of prosecuting doctors. Who cares if the doctors actually did anything wrong when they have an excellent chance of career advancement if they target doctors, and probably an even better chance if they actually have them sentenced to prison. There have been hundreds if not thousands of cases against doctors for prescribing. We understand that not all doctors are innocent, but we believe many are.

The cases against doctors vary, but one thing most have in common is they hire doctors as "expert witnesses" to review the medical files to determine if the doctor prescribed outside the scope of practice, committed insurance fraud, or engaged in unlawful distribution of opioids. Basically, they're hired by the government to say the doctor was bad, had bad intentions, missed red flags, and anything else they can say to prove the guilt of the doctor/prescriber. We will write another article explaining what some of these "red flags" are. But, this section is reserved for the government paid rats, the doctors who get paid anywhere from $50-$750/hour to declare the guilt of their latest target. Each person will be linked to more information. Their background, the names of the cases they were hired to review, and the transcripts of these cases. We have chosen Timothy E. King first, because he seems a bit more "ratty" than some of the others.

Timothy E. King, MD  - Transcripts from court cases he testified in, link to his ridiculous patent on how to show if a dr violated CSA, info on how much $ he's made as a gov paid rat, and more!!

Dr. Timothy E. King is an anesthesiologist and pain management doctor who has made a career off of testifying against other doctors. He cofounded Midwest Medical Legal Consultants, Inc. in 2015. 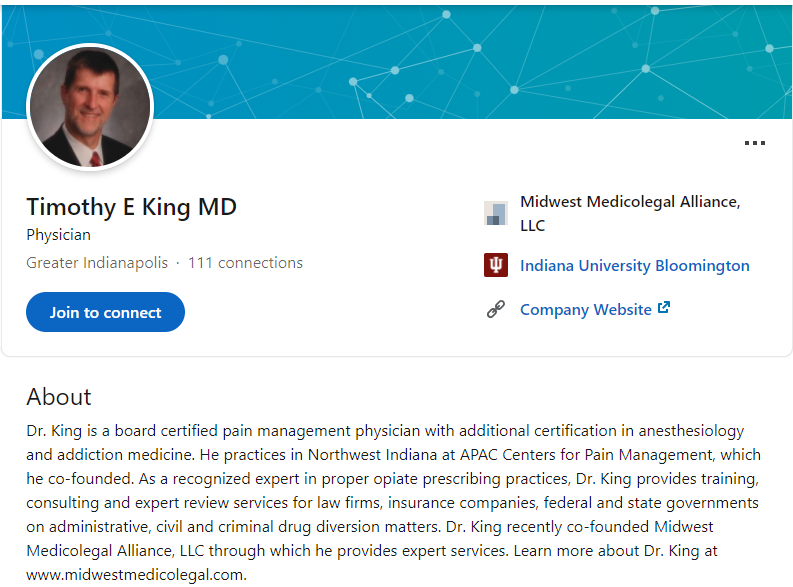 Complaint filed about his pending patent

What's his total income to date from expert witness work?

According to the Govtribe, a website that lists funding from the government, he personally made $677,000 since 2013, and his business, Midwest Medical Legal Consultants, Inc., which he cofounded in 2015, has made $1.3 million. 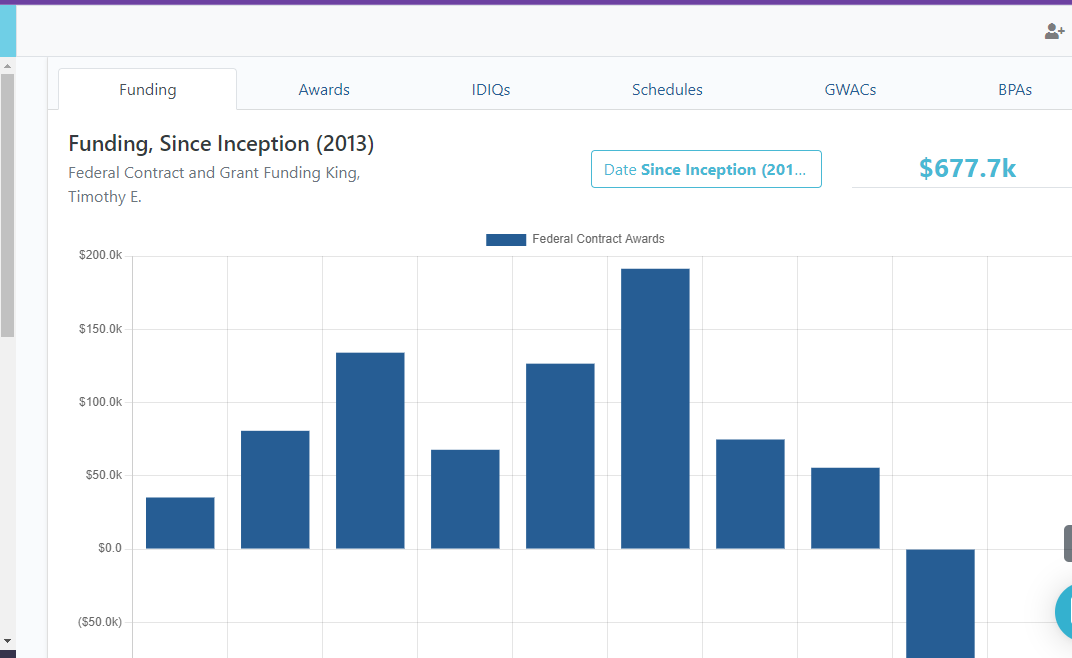 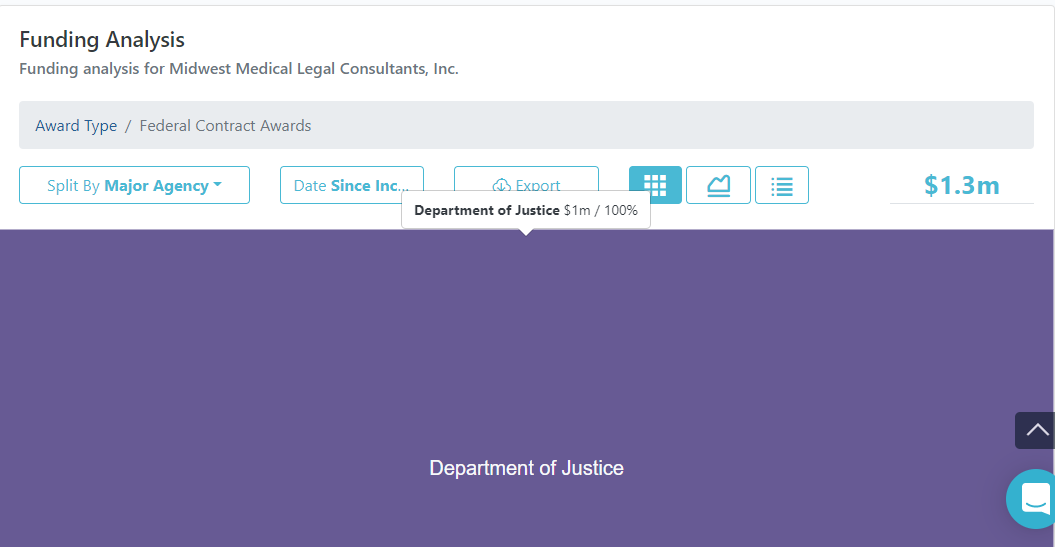 Quotes from  this case

Quotes from this case

"mental illness is frequently and generally made worse with opiate use, particularly a high opiate use." Pg. 45

"I'm not a vending machine. I'm not -- I'm not there where you put a quarter into, pull the lever, get your Milky-Way or your oxycodone or your OxyContin
and go on your way." Pg. 46

"Morphine equivalency becomes important, indeed it becomes a critical part of what we do in pain medicine because there are levels, there are danger levels involved." Pg. 48

"Because we found that as the morphine equivalency dose goes up, so does the chance of side effects. So does the chance of diversion and abuse. So does the chance of death and overdose. Such that when we hit the beginning of the red zone, which we call the region of extreme concern -- so the red light starts at about 100 to 120. When we enter into that zone at
about a hundred, again just for ease of talking here, we find something very traumatic occurs." Pg. 49

"because palliative care has come into the scene as a separate specialty they deal with end-of-life scenarios so I don't do that so much anymore." Pg.50

"So typically for end-of-life scenarios we might be talking about max a couple hundred. Maybe every now and then once in a blue moon we might go above that, but in my experience I've not seen it go above that." Pg.52

But you can haveat the lower end of the spectrum a dependency on such things as tobacco or caffeine or morphine or other opiates. What that really means is that you're using them in a manner that you're not really able to control your use. You still have a craving for them, but perhaps your life is not totally destroyed. You're not having destructive consequences." Pg 52

"If the pharmacist calls me up and says, you know what, I just saw Mr. Smith and he came in with wads of cash and some shady individuals and, oh, by the way, he looked like he was inebriated, looked like he could barely walk, then I need to pay attention to my pharmacy colleague who is passing this independent information to me." Pg. 58

If a patient is -- is coming in for an early refill, has called several times to say that they're out early because they took too many medications and is having a history of stolen or lost medications, those three items — that is to say, lost or stolen meds, early refills and early-outs, we call that the abuse triad.: Pg. 58

"I do a physical exam and there's nothing to be found, then I worry that maybe it is the mental illness that is contributing to or causing that pain complaint by the patient, in which case for me to choose an opiate treatment regimen would not be appropriate. I would bedoing harm. It's going to make those mental illnesses worse." Pg. 61

"If I prescribe an opiate with Adderall, that's what wecall a prescription speedball. What's a speedball? A speedball is cocaine plus heroin. And we know how deadly that is. How deadly that is. Okay. So if I give you not heroin, if I give you Norco or methadone, and instead of giving you cocaine if I give you Adderall, we got a prescription speedball that may not be quite as dangerous as the cocaine/heroin, but it is dangerous and it causes all kinds of problems and it causes death. if a patient is taking a prescriptive speedball, different rates in metabolism. So you
may suddenly find as one wears off and the other is still in effect the patient could die of an overdose. They were doing fine till the stimulant wore off and all of the sudden they died in their sleep." Pg. 62-63

"It also has a great deal to do with street value. I didn't say earlier but I will now, typically if you're saying, well, what's the value of my pills if I decide to sell them, it's about more or less one dollar per milligram...So we look at greater than a hundred milligrams both from a street value standpoint and an overdose risk standpoint." Pg. 75

"Well, they're referencing what I talked about in terms of is the patient being prescribed a recognized high-risk combination like -- for instance, like the Adderall and the opiate or the prescription speedball as I referred to it, or is there a combination of opiate and sedatives which has a huge increased risk of overdose because of the sedation side effects. There are other combinations too. Those are the two big ones that we look for, the combinations." Pg. 76

"I need to know if the patient's been discharged from other pain doctors before they came to me. Very frequently that's the case. In which case why do I want to try that experiment again?:Pg. 80

"We would expect that depression, anxiety and bipolar disorder would worsen with -- with opioids and we would particularly expect those diagnoses to get worse with high doses." Pg.95

"In no case really are headaches acceptable diagnoses for the use of opiates" Pg. 98

"She did have one urine drug screen that was negative for prescribed hydrocodone, but no action was taken on that" Pg. 99

And it was noted from a behavorial standpoint that she visited the ER frequently for headaches and it was a, quote, common complaint for her, suggesting that she was going there just to
get narcotics." Pg. 99

"when a patient presents to me for pain. management, even though that individual may have been receiving narcotics from another doctor it's up to me to be the gatekeeper.So, no, we don't just accept trading one patient to another and maintaining the narcotics." Pg. 100

But in all likelihood there was opioid-induced hyperalgesia going on which would more likely count for some of the legitimate cases where the patients might have been requesting higher opiates. In other words, it was iatrogenic, the doctor was causing it. He was making the pain worse. He was doing harm." Pg. 102

"But it goes on to say there are expressed concerns regarding the patient presenting to the pharmacy has large rolls of cash. Is always with a different young man. She questioned our monitoring system." Pg. 116

"She had significant anxiety and depression. I wanted to talk about the risk factors on this patient for just a moment. She had significant anxiety and depression that resulted in all likelihood from the history of preadolescent sexual abuse...We are unfortunately aware that preadolescent sexual abuse, particularly in women, young girls, is probably one of the major predictive factors for drug abuse. " Pg. 134

"In this case her history, preadolescent sexual abuse and subsequent anxiety and depression, is consistent with the pain that she complains of. It's a vague pain. It's a vague pain that nothing on physical exam or imaging shows broken. She had an MRI of her low back, it's normal. It's normal. So again, she's suffering. She's suffering from pain as a result of an emotional trauma. And that needs to be identified. Why does that need to be identified? Because opiates are going to make that worse. Again, make that worse" Pg.135

(This is in the process of being updated)

"No, that's where -- as I indicated yesterday, it's verydifficult to be a doctor. You have to be a detective. Our universal precautions dictate to some degree that we be detectives. Well, we expect the doctors especially in this area to verify. So to a certain extent we have to find other ways to verify that what the patient says regarding their increased activity is really true. We may have to contact a family member, we may have to contact an employer, we may have to have other types of verification." Pg. 23