COVID-19 and Opioid Dependency, what do they share in common? 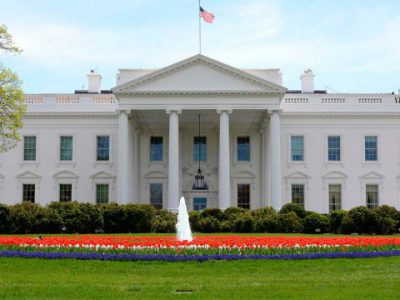 I’m continuously amazed by the manner in which denial and irrational thought play out in individual behavior. Given the right circumstances, no one is immune from it and sometimes it can even have beneficial side-effects and outcomes, but in regards to COVID-19 and our government’s response to opioids when treating painful conditions, duplicity has been exposed.

I’m continuously amazed by the manner in which denial and irrational thought play out in individual behavior. Given the right circumstances, no one is immune from it and sometimes it can even have beneficial side-effects and outcomes.

Let’s first look at what might be a beneficial side-effect or outcome. Take for example a jet fighter pilot who goes out in his plane to do combat with another. From the data, we know that flying fighter planes have higher risks for accidental death if compared to the ground crew who keeps the plane in the air. Add to that a combat situation and the risk goes up. Yet the benefits are clear, the pilot is protecting others from a potential enemy of the state as well as earning an income to support their life away from aircraft combat. So, in the mind of the combat pilot, he deems the benefits to outweigh the risks, yet others may consider the risks unjustified on any level.

Now let’s look at our nation’s current stance on the use of opioids for pain management. There are many who claim the risks outweigh the benefits, they dismiss the obvious benefits, such as restoring some to a functional level equivalent to that of those who are not plagued with a chronic pain condition. For a chronic pain patient whose pain is severe enough to severely limit routine tasks such as walking and standing, the obvious consequence of loss of life or quality of life are such that the risks are of less concern than the more immediate threat of starving to death because you can’t get to the grocery store.

Now let’s compare this rationale to a more current event, such as the response of some to the COVID-19 pandemic. Early on POTUS advocated for the use of hydroxychloroquine as a preventative treatment for COVID-19, yet there have been no studies that specifically address the use of this medication against this virus. Only anecdotal reports on its use with other viral illnesses such as malaria. In fact, there is less data on the use of hydroxychloroquine and its potential risks than there are for the use of opioids when treating chronic pain. But this hasn’t stopped a significant increase is the use of hydroxychloroquine for some who are faced with having to work on the front lines of the COVID-19 pandemic. Even POTUS admitted to taking the medication in this report from the Washington Post and he’s not on the front line of caring for anyone.

Clearly, when a perceived threat has personal consequences for loss of life or quality of life, a rational person will weigh the risks on which course of action has longer-term benefits. When these choices have a barrier for exercising them, such as persuading a doctor to prescribed a medication, whose judgment should prevail? Should it be the person who needs to mitigate the immediate risks they face or should it be the judgment of the doctor who risks his license when prescribing. Especially a medication which at best has a fuzzy set of risks and benefits for the patient?

I use the word fuzzy because there is no test that tells a doctor how much pain a person is having. In like manner, there is no test that tells a doctor who will have a negative outcome on a medication. Both of these make it a judgment call and therefore a shared risk between the patient and the doctor. For this reason, the government must stay out of the shared risk agreement between doctor and patient. They must limit themselves to only the most extreme violations of the law, where clearly there is an effort to treat patients with opioids where there is no face to face relationship between doctor and patient.

Yet in the US today, the ability to reach a state of shared risk between doctor and patient has been severely restricted by government regulation through state medical boards by placing limits on how doctors can prescribe. This is the result of two groups working on two different fronts. Those fronts are the illegal drug trade and about 1% of prescribing doctors who prescribed opioids outside the boundaries of patient need. Both were motivated by profit and were willing to place individuals at risk for the sake of profit. One group, because they were outside the boundaries of our laws, was also beyond any direct control. The other group, working within an existing system of laws offered a quick potential fix, even if that fix was overboard and, on some levels, irrational.

Driven by irrational fears, blind ideology and magical thinking, actions were taken on the belief that restricting access to medicinal opioids for legitimate medical conditions would somehow reduce the use of illegal drugs. That wishful thinking, now in its 20th year of implementation, has failed to produce the desired results, yet it continues to be the central component in the war on opioids. I should also add that this approach to restricting access to opioids and reducing the supply, is based on a traditional approach of fighting infectious disease known as the vector model, which works great when dealing with biological organisms. It has little if any effect on medical conditions that are driven by human behavior which addiction is deeply rooted in.

In January 2020 a new healthcare threat emerged in the form of the COVID-19 virus and even though we have decades of experience in dealing with such biological threats, on this one occasion our federal government failed to heed its own recommendations. The results, 90,000 dead as of April 2020 and still rising by several hundred per day with no end in sight.

With this virus no one is safe, and yet the same individuals who would deny opioids for painful conditions, when faced with their own personal threat, suddenly rationalize the use of hydroxychloroquine to protect themselves.

Now the shoe is on the other foot and we see our elected officials giving themselves a pass and for no other reason than, it’s now an issue of their life or their quality of life which hangs in the balance. Some might say this is providence, God, or a spiritual power pulling back the curtain to reveal the men behind one of the greatest travesties ever inflicted on this nation. Allowing everyone to see the hypocrisy of their ideology, an ideology which has at its center one set of rules and regulations for them and another for the rest of us.

So, what should be our response to such truth revealing fate. Individuals who operate in this manner are clearly not interested in learning anything new. They are a perfect example of the types of motivations that drive substance abusers to become addicts, only in the reverse direction.

Those who become addicted to drugs have one or more core issues, defects in reasoning which are mental and emotional, which drive them down the paths they take. Such issues operate just below a conscious level and therefore act as barriers to rational thought, all of which lead to denial. The same dynamics can drive a person in the opposite direction of rationality as they have with Rep. Dave Joyce, who believes something completely irrational, such as denying pain meds to those who objectively need them to function in the real world, is somehow a good thing for everyone.

Individuals like this have motivations based on ideology, fear, and hubris. Denial operates in everyone, but individuals like Rep. Dave Joyce and POTUS have an unhealthy dose of it. Such hubris only reinforces their denial and given enough hubris leads them to act in a predatory manner towards everyone except themselves.

The COVID-19 pandemic has been an opportunity to see the hypocrisy of these men in relation to the war on opioids. What's truly sad about them is their closed-mindedness, their unwillingness to question their initial conclusions, and make the effort to examine multiple perspectives and to rely on all the science, not just that which fits their ideology.

Those who truly rely on science to guide them don't have these attributes. This means the others are purveyors of ideology only, being as much a threat to society as those addicted to opioids. The only cure for such individuals is to vote them out of office.