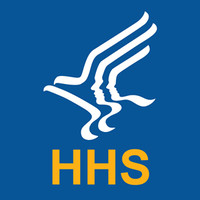 If you a CPP, briefly skimming over this report it’s likely to anger some, but a more thorough read of the content should in fact encourage most, assuming of course the data is used within the context of, treating chronic pain with opioids is not the same as opioid misuse. The data will in fact help uncover drug abuse by those who attempt to exploit our healthcare system as yet another drug source in their efforts to continue their drug abuse efforts.

The 2nd thought is, can my UDT results be used in this manner without my consent, isn’t my UDT data protected under HIPAA? The short answer is no, most likely for two reasons. Most HIPAA release forms are a blanket release forms allowing the provider to share data with anyone for any reason. Secondly the data released in this context has had all personally identifiable elements removed from it before it is given to HHS. As an FYI for patients, you do have the right under HIPAA to designate who can receive, and which elements of your PHI can be released as well as the length of time the release covers, if you wish to limit access to your PHI.

With this said there are still forces out there which view the privacy of personal health data differently as sited in this post regarding Google’s entry into healthcare.

The U.S. Department of Health and Human Services (HHS) today is announcing an agreement with Millennium Health to provide near real-time drug testing data that will enhance efforts and targeted approaches in fighting the overdose crisis in the U.S. This donation will improve HHS’ work with state and local officials on drug trends in their areas to target coordination of preventive healthcare resources to avoid overdoses.

The data donated from Millennium Health’s Emerging Threat Intelligence Program will include regular reporting of drug use trends from definitive urine drug-test results obtained from all 50 states, the District of Columbia and multiple medical practice types with a unique capability to identify community level indicators of illicit drug use. This de-identified and aggregate data allow for enhanced surveillance and analysis of emerging drug use trends, providing a more timely estimation of these changes prior to the reporting of drug overdose deaths.

The donation of this data is critical for reducing the occurrence of the substance use epidemic and reaching the people who need help most.

The Millennium Health donation comes as we are seeing a sharp rise in the use of methamphetamine and increases in stimulant-involved overdose deaths. As reported in JAMA Network Open on January 3, 2020, an evaluation of Millennium Health data shows that since 2016, rates of positive urine drug test (UDT) results have increased significantly by 42.44% for methamphetamine and 75.46% for fentanyl. These alarming results also revealed that among UDT results positive for fentanyl, methamphetamine positivity continued to increase significantly by 153.51%.

Key aspects of the HHS five-point Opioid Strategy, which provides the overarching framework to leverage the expertise and resources of HHS to combat the opioid crisis, is to strengthen public health data reporting and collection to improve the timeliness and specificity of data and to inform a real-time public health response as the epidemic evolves. HHS’ access to timely data can prompt the provision of focused healthcare services at state and local levels in order to prevent drug overdoses, reverse non-fatal overdoses, and engage individuals in treatment.

To learn about help, resources and information about the substance use disorder crisis please visit HHS.gov/opioids/. For about Millennium Health, visit www.millenniumhealth.com.