The Doctor Patient Forum Fighting for patients and their prescribers 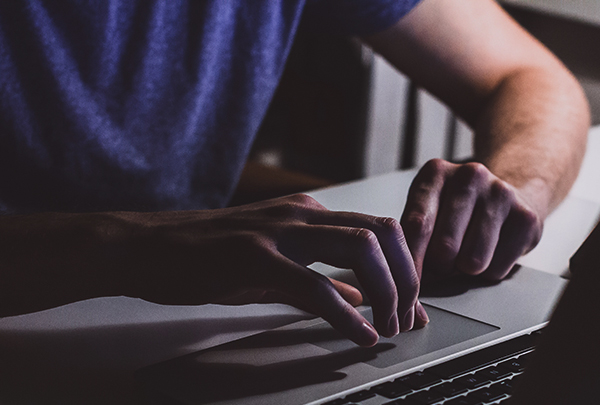 In 2014, one of Anne Fuqua’s best friends died from a heart attack in his early thirties – after his doctor stopped prescribing the opioids he’d taken to control chronic pain.

Fuqua, who lives in Birmingham, suspected a connection that sent her on a quest. She began collecting names of long-term pain patients who died after they stopped taking prescription opioids.

“I was shocked at how many were committing suicide, but then I thought, gosh, I would probably do the same thing if it was me,” Fuqua said.

The number of opioids prescribed in the United States has fallen since 2012, and federal regulators have created guidelines to limit the length and dose of prescriptions following a surge of overdose deaths in the 2000s. Although crackdowns on pain doctors are supposed to improve safety, patients like Fuqua said it has created suffering for stable opioid patients who suddenly find themselves unable to get medication. The combination of uncontrolled pain and withdrawal can push some patients to the edge, Fuqua said.

Fuqua began taking opioids more than 20 years ago. The former nurse suffers from a condition called dystonia, which causes involuntary muscle jerks. Even though opioids aren’t usually used to treat the disorder, they worked for Fuqua, who got her first prescription during a bout with kidney stones.

“Over the course of 15 to 20 minutes I went from being a shaky, jerking mess to being able to sit up straight,” Fuqua said. “It was like something just turned off the dystonia in my brain.”

Fuqua connected with Dr. Stefan Kertesz, a physician at the University of Alabama at Birmingham and the VA who treats veterans who have struggled with homelessness. Now he’s launched a study to determine whether ending opioids can contribute to suicides.

Kertesz and his co-investigator Allyson Varley, with funding from the University of Alabama at Birmingham, is seeking families who have suffered suicides in pain patients who lost access to prescription opioids. He said it’s an area that needs more study, so doctors can better understand how to avoid harming patients.

“When we see patients die in ways that involve our care, we are obligated to dive in and investigate it,” Kertesz said.

Kertesz has argued that some patients on high doses of opioids don’t need to change doses that exceed federal guidelines. In some cases, that could cause more harm than benefit, he said.

Other researchers aren’t so sure. Dr. Anna Lembke is professor of psychiatry at Stanford University School of Medicine who has written two books about the prescription opioid epidemic. Lembke also created a guide to help doctors reduce opioid doses in patients taking large amounts for chronic pain.

Lembke said opioids cause side effects that range from bothersome to deadly. Patients can suffer constipation, sleepiness, depression, dependence and overdose. Long-term use can cause some people to become more sensitive to pain and have symptoms of withdrawal, she said. Many patients do better on reduced doses of opioids, Lembke said.

“Patients on opioids are much more likely to kill themselves,” Lembke said. “The opioids themselves have already been shown to be a risk factor for suicide.”

Kertesz said suicide is complicated and rarely caused by a single factor, but he has found an association between it and the end of opioid prescriptions in patients in the Veteran’s Administration system.

Fuqua said she has collected about 111 suicides on her own. She has identified another 500 potential cases from social media.

“I started out on my kitchen table with a bunch of obituaries,” Fuqua said. “And then it got too much for the kitchen table and they basically turned into wallpaper. And finally I got it all scanned into a Google Drive and a spreadsheet.”

Kertesz and his team hope to go beyond that spreadsheet, ultimately getting medical records and other documents to shed light on medication and mental health history. Before they can look deeply at cases, they must find families willing to come forward.

“People with long term pain and their family members are accustomed to stigma and being scorned,” Kertesz said. “Scorn and stigma has been heaped upon them by the medical profession and the media. But as someone in medicine, it’s on us to demonstrate that this is serious.”

Kertesz has advocated for changes to opioid prescribing and tapering guidelines. Lembke said that advocacy could bias the results of the study. By reaching out to families who have lost someone to suicide after a change in opioid prescriptions, he will be more likely to find people who blame the change in pain medication for the person’s death, Lembke said.

“They are advertising to families in a way that already infers that somehow the opioid taper led to the suicide,” Lembke said. “It’s inviting people who are already constructing a narrative around the opioid taper. By the way they are sampling the population, they are already answering the question.”

Lembke said the study should expand to include pain patients who have committed suicide without a change in opioid dose. Despite her concerns about the study, Lembke and Kertesz agree on several points. Some patients improve on lower doses of opioids, but others may not.

Kertesz wants to explore the cases of those who have suffered.

“We overprescribed, and we have now caused harm by trying to overcorrect,” Kertesz said. “If all of your focus on the excess of prescribing, then you will miss the harms of overcorrection.”

Lembke said too much focus on the harms of reducing opioids could cause some doctors to keep patients on dangerously high doses of drugs, even when they might benefit from a reduction.

“Sometimes it is better to keep someone on long-term opioids,” Lembke said. “But that’s not always the best medicine.”