This article contains the following information:

Why Would CPP's Want This Information?

What is Illicit Fentanyl?

Illicit Fentanyl is not the same as prescription fentanyl. It is often made in labs in China and then smuggled in the the USA through Mexico. Illicit fentanyl is the leading cause of all drug-related deaths in the USA. Many who end up taking illicit fentanyl don't even realize it's in the medication or drugs they ingest. Due to this fact, we prefer to call it a poisoning instead of an overdose. Those who sell it often use pill presses so it looks identical to prescription medication. It is made to look like hydrocodone, oxycodone, Xanax, and other prescription drugs. It has also been found in other illicit substances such as heroin, meth, or cocaine. One reason drug dealers are using illicit fentanyl is due to its potency. A tiny bit goes a long way, but that is also the reason it kills so many people. The last statistic I read was that 42% of all street pills tested has illicit fentanyl in them.

What Are Some Myths About Illict Fentanyl?

Ryan Marino MD often addresses the myths surrounding illicit fentanyl. He has shared the following image with permission to share it: 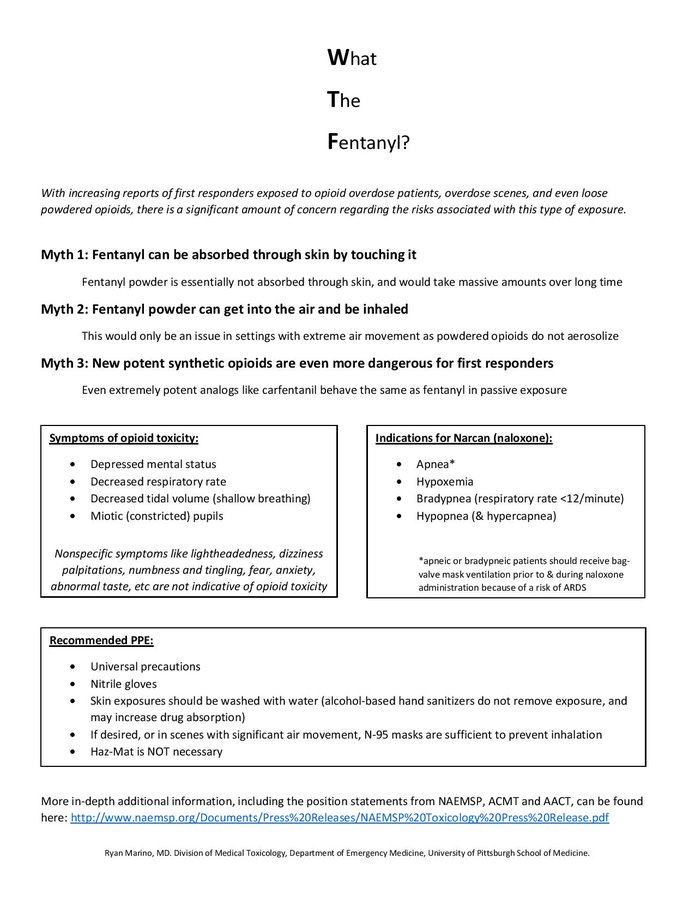 What Are Illicit Fentanyl Testing Strips?

Illicit fentanyl testing strips are part of Harm Reduction that assist in overdose prevention. They are actually FDA approved to detect fentanyl in urine, but are also increasingly being used as a Harm Reduction drug-checking strategy.

Where Can I Get Them?

How Do I Use Them? 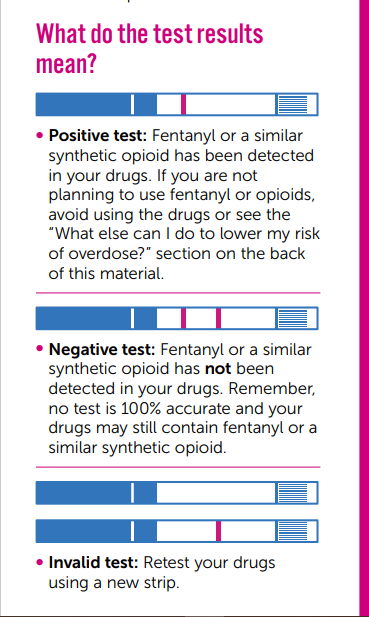 This content was written by Bev Schechtman and Carrie Judy for The Doctor Patient Forum. Updated March 3, 2022